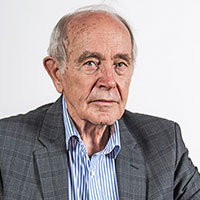 After 25 years at the Bar and 10 on the Bench, Johann Kriegler served on the new Constitutional Court of South Africa from 1994 to 2002. Under the old regime he played an active role in establishing various human-rights and public-interest advocacy bodies and maintains his involvement in various such organisations, as also in the training of judges and advocates at home and abroad. Judge Kriegler chaired the Independent Electoral Commission, which ran the country’s first democratic elections in 1994, and subsequently headed South Africa’s first permanent independent electoral agency. He has lectured extensively on judicial and electoral matters on five continents. In recent years various missions for the ICJ, the IBA, the AU, the UN and other agencies have taken him inter alia to Afghanistan, East Timor, Egypt, Iraq, Liberia, Libya, Maldives, Pakistan, Palestine, Sierra Leone, Somalia and Sudan and to more than a dozen countries in subequatorial Africa. Judge Kriegler is an honorary life member of the Johannesburg Bar and an honorary Bencher of Gray’s Inn. 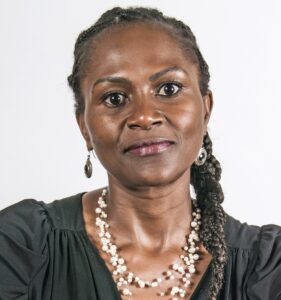 Elize Angula is a director of AngulaCo Incorporated based in Windhoek, Namibia. She is a seasoned litigator, conveyancer, mediator and notary public. She is a past president of the Law Society of Namibia and past chair of the Development Bank of Namibia.

A law graduate of the University of Port Elizabeth (now the Nelson Mandela Metropolitan University), and the University of South Africa, David Broodryk commenced his career as practising attorney at the intellectual properties firm Adams & Adams, following this with 15 years as Manager: Legal Services with the company known today as SAB Miller. In 1998 he relocated from Gauteng to the Western Cape, joining Remgro Management Services in a similar capacity. Following formal retirement, he operates as an intellectual property and commercial law adviser to a number of wine producers in the Western Cape. 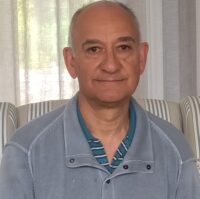 Recently retired as a judge of South Africa’s Supreme Court of Appeal, Azhar Cachalia remains committed to safeguarding constitutionalism, non-racialism and the rule of law against their many threats.

Pre-democracy, as a founder and leading member of the United Democratic Front and its long-term national treasurer, he paid his dues in terms of detentions and banning, and practised as a partner at the renowned activist firm of attorneys Cheadle, Thompson & Haysom. Post-transition he served as an adviser to the Constitutional Assembly, and as convenor of the team that drafted the new Police Act. As Secretary for Safety and Security he was chief policy adviser to the Minister of Safety and Security. He subsequently resumed legal practice, was appointed to the Bench and served as a judge for 20 years. Meanwhile he was active in the International Commission of Jurists, serving as an exco member and several terms as a commissioner. Currently he is a visiting priofessor at Rhodes University and a member of the editorial board of the South African Law Journal (SALJ). 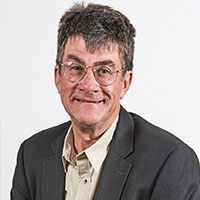 Hugh Corder is a law graduate of Cape Town, Cambridge and Oxford. After starting his academic career lecturing at Stellenbosch University, he held the Chair of Public Law at the University of Cape Town (UCT) from 1987 to 2019 and is now Professor Emeritus of Public Law. He served two terms as Dean of Law at UCT from 1999 to 2008, and in addition served as Interim Deputy Vice Chancellor in 2016-2017 and Interim Director of the Graduate School of Business in 2020. Professor Corder was elected a Fellow of the University of Cape Town in 2004. He has been active in many organisations in civil society since his student days in the 1970s, striving for the recognition of the rule of law and basic rights through the law, in pursuit of dignity, equality and freedom for all. He has written extensively in the fields of constitutional and administrative law over the past 40 years and in 1993 served on the committee drafting South Africa’s first Bill of Rights, which became part of the transitional constitution. 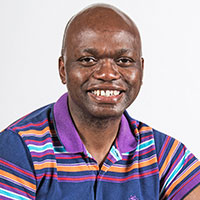 Ezra Davids, an alumnus of the University of Cape Town (UCT) and Harvard Law School Executive Programme, is Chairman and Senior Partner at the African law firm Bowmans, specialising in M&A, capital markets and securities law, and is also the relationship partner for a number of the firm’s major clients. He is a regular contributor to a number of international publications in his areas of interest, has been named by Who’s Who Legal as one of South Africa’s leading M&A lawyers, and became the first practising African lawyer to make the full cover of The American Lawyer. Ezra Davids serves on the UCT Council and is the past chair of the UCT Law Faculty Advisory Board. He is also a past chair of the IBA subcommittee concerned with current developments in M&A law and is currently an officer of the IBA Corporate/M&A Committee. He is a trustee of the Legal Resources Trust, a patron of the Student Sponsorship Programme and a director of the Social Justice Initiative. In January 2022 he was named South Africa Lawyer of the Year at the Chambers Africa Awards. 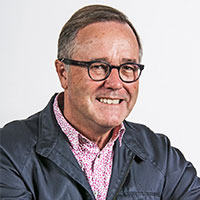 Former chair of the Cape Bar and of the General Council of the Bar of South Africa, and vice-president of the Bar for the International Criminal Court, Jeremy Gauntlett has previously co-chaired the International Bar Association’s Forum for Barristers and Advocates. He practises at the Cape, Johannesburg and London Bars (at Brick Court Chambers); he is a Bencher of the Middle Temple. He served (sessionally) as a Judge of Appeal of Lesotho from 1996 to 2010. He practises in both commercial law, including international arbitration, and public law, including constitutional and regulatory law. He sits on the Financial Services Authority of Dubai and as an arbitrator for the Shanghai International Arbitration Court and the International Commercial Court in Paris. 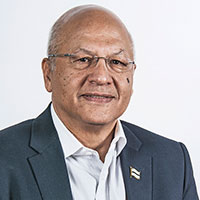 Abdool Rahim Khan was admitted as an attorney in South Africa in May 1977 and in Botswana in June 1981. He is a former lecturer in Law at the University of Botswana, a part-time lecturer at Barclays Bank, Gaborone, and acting Chief Magistrate of Gaborone over a number of years. He has also served as an acting judge of the High Court.

Onetime Honorary Consul of Sweden to Botswana, he is a former Chair of the Legal Aid Board of Botswana, as well as of the UNESCO national commission for Botswana, and has served on various parastatals.

He is presently in private practice and sits on a number of boards of companies in Botswana. He is a trustee of the Southern Africa Litigation Centre (SALC). 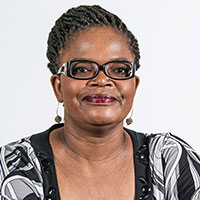 Beatrice Mtetwa is a Zimbabwe-based lawyer who graduated from the then University of Botswana and Swaziland with an LLB degree in 1981 and entered private practice in Harare in 1990. She is known for taking on high-profile human-rights cases involving activists who have challenged the Zimbabwean authorities, this resulting in her harassment by State agents – arrests, prosecution and physical assaults. She is also involved regionally in the defence of constitutionalism, the rule of law and human rights in general. Local and international awards too numerous to list have been heaped on her – these include honorary degrees from four universities.

She is a past president of the Law Society of Zimbabwe, a founder member and past Chairperson of Zimbabwe Lawyers for Human Rights, an Adjunct Professor at Carleton University Law School in Ottawa and an Honorary Bencher of Lincoln’s Inn. She is the subject of a 2013 documentary, Beatrice Mtetwa & the Rule of Law.

George Bizos, who served on the FUL board until his death in September 2020, was probably the most famous human-rights lawyer in Southern Africa. He dedicated his long and distinguished professional career to the fearless defence of human rights and its various causes. Unflinching in the face of state terror and persecution, whether by apartheid’s thugs or Robert Mugabe’s, Advocate Bizos faced them down. Indefatigable in his pursuit of the truth, he brushed aside the facades put up by deceitful police and their minions. Who can forget the inquests in which he acted for the next-of-kin of victims of police brutality: Ahmed Timol, Steve Biko, Neil Aggett …? In time George Bizos became a household name, his fame spreading far beyond our borders, and honours were heaped upon him. Yet, when he saw the challenges facing us at FUL, he readily joined the Board and actively gave us the benefit of his unique wisdom. We still miss him.